Years of relationship building means that you have the opportunity to invest in exclusive top early-stage technology ventures without the legwork. 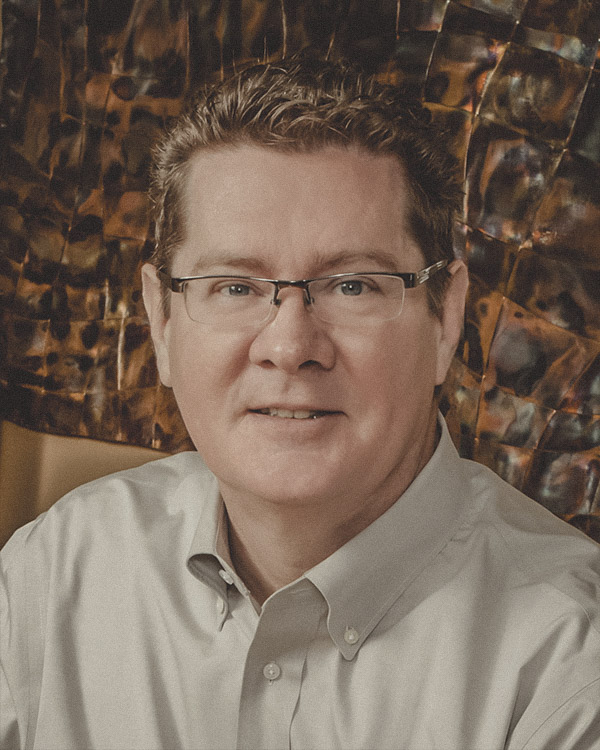 In 1990 he began his private equity investment career at the pension fund of AT&T. As Vice President, Venture Capital, of AT&T Investment Management, he managed a portfolio representing commitments of nearly $2 billion of domestic and international venture capital and private equity partnerships and direct investments.

Paul continued investing on behalf of institutions, taking the point in venture capital investing at a fund-of-funds manager Knightsbridge Advisers, where he met his future partners in Spur Capital.

Paul is married and lives in Minneapolis with his two children and one dog. 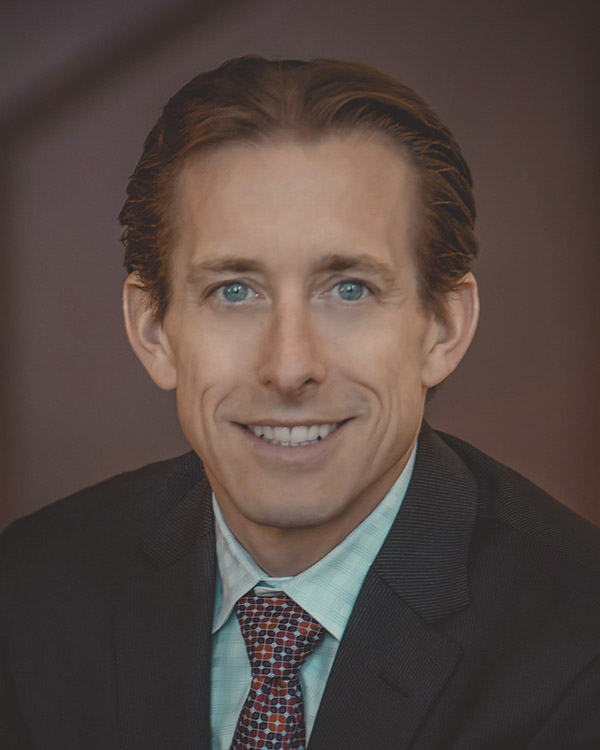 Paul, the Eugene Holman Professor of Business Administration at Harvard Business School, has investigated and participated in the venture capital and private equity industry for the past 25 years.

Paul spent two years as an Assistant Professor of Finance at the Graduate School of Business, the University of Chicago where he created a new course entitled "Entrepreneurial Finance and Management." His course development efforts at the Harvard Business School focus on issues affecting entrepreneurial firms and venture capitalists.

Paul was a director of Knightsbridge Advisers, where he and the other founders of decided to form Spur and concentrate on venture capital, believing that these investments finance the next generation of firms that will change the world.

Paul is married to Jody Dushay. They live in Newton, MA, and have three daughters Sivan, Annika, and Zoe. He also set and still holds the American Junior Record in the Marathon (1983). 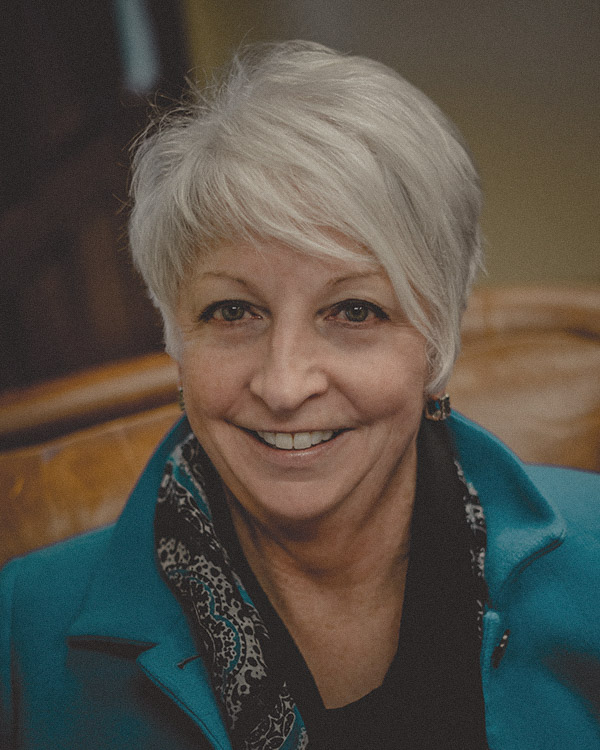 Before Spur Capital’s foundation, Joan worked with its other founding members at their predecessor fund, where she was COO and a member of the investment committee. Spur arose out of a commitment early stage venture. Now since being with Spur since the beginning, Joan has been a key part in raising five successive funds-of-funds, all consistently achieving top performance for institutional investors.

Joan holds a BS and MA in Accounting (Taxation) from Florida Atlantic University and is both a Certified Public Accountant and Chartered Financial Analyst.

Now that her children are in college, Joan lives in Bartlesville with her husband and Bouvier de Flanders dog, Heidi. 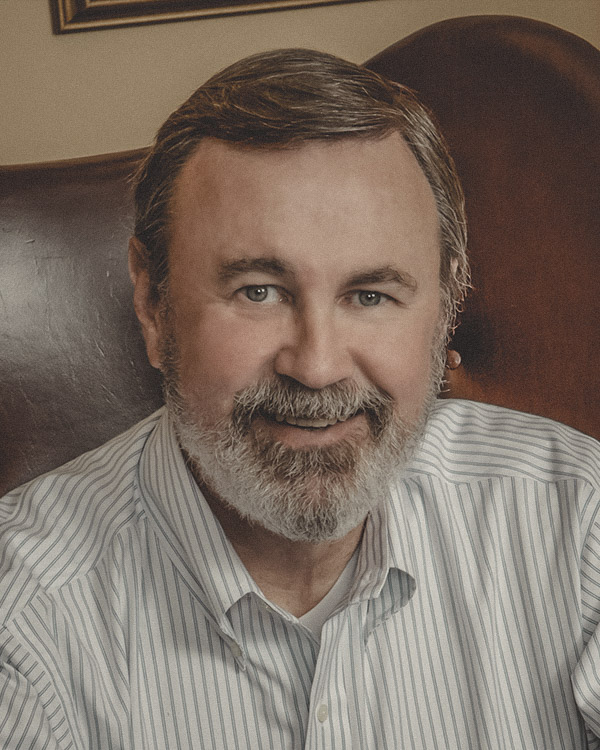 Brad brings over thirty-years' experience investing in its specific sectors to every Spur fund. Before forming Spur, Brad co-founded and built one of the earliest venture capital fund-of-funds, where the Spur team first came together.

Prior to becoming active as an institutional investor in venture capital partnerships, Brad served as an officer of three banks, Citibank, European American Bank, and Fidelity Bank, operating in London and across the United States. In London, he established and ran for eight years, Bradford Kelly Associates Ltd in the fields of investor relations and corporate finance. During those years, he simultaneously served as Finance Director of Oxford Analytica Ltd, and Managing Director of Vineyard Ministries International Ltd. Additionally, he co-founded and established Knightsbridge Advisers as a fund-of-funds manager where the future Spur team came together.

Brad holds a BA in Economics from Colby College and a MBA from Harvard Business School.

He and his wife, Lisa, maintain a residence in Bartlesville, Oklahoma but live principally in Dana Point, California where Brad enjoys weekend sailing and horseback riding through the back country of Catalina Island. They have an adult son who also lives in Dana Point. 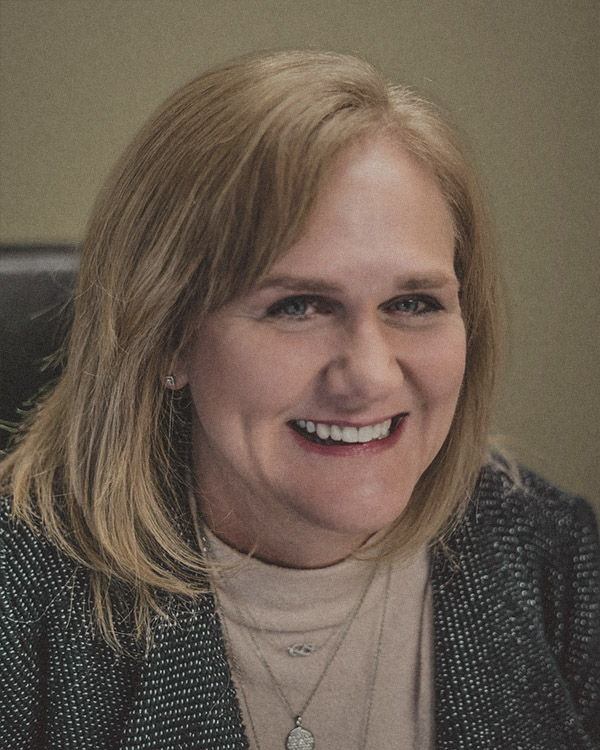 Teri holds a BBA in Accounting from the University of Oklahoma and an MBA from Rice University, and brings over a decade of accounting experience to the Spur team. She has held several positions including Manager of Financial Planning and Analysis at Occidental Chemical and Manager of Financial Reporting and Analysis at Mapco NGL. Before coming to Spur, Teri worked with another venture capital fund of funds.

Throughout her career, Teri has been responsible for producing consolidated financial statements as well as planning and forecasting future financial results. She is expert at understanding current business in relation to changing market conditions and providing analysis. Coming to Spur shortly after its formation, Teri has built and now manages the back office team.

Teri lives in Bartlesville with her husband and daughter. Their two other adult daughters live nearby in Oklahoma. 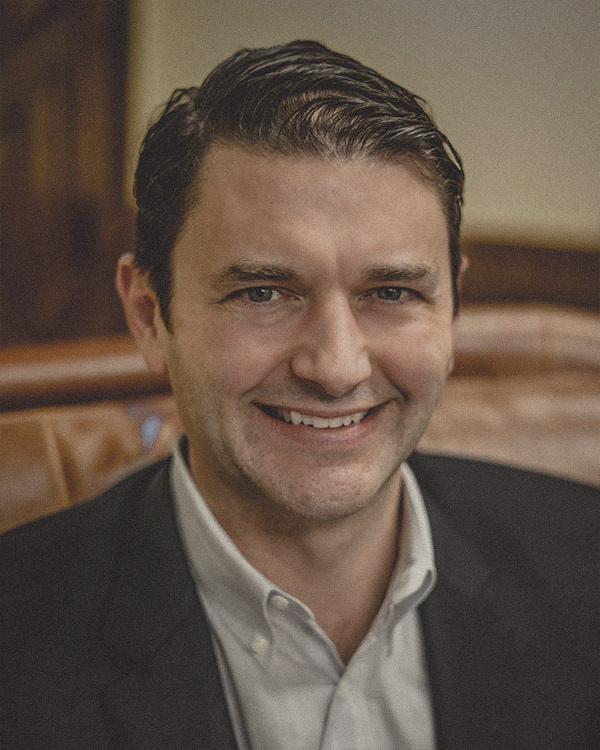 Matt brings over 14 years in private equity and venture capital and over 18 years of experience in the financial industry to Spur Capital.

Immediately prior to joining Spur Capital Partners, Matt functioned as the Chief Investment Officer of a family office responsible for all aspects of a diverse portfolio of assets including direct investments, private equity funds, hedge funds, oilfield service assets, and marketable securities. Before this, he held positions at J.P. Morgan’s Private Bank working with endowments, foundations and family offices on asset allocation, investment management, and deal structuring.

In Chicago, Matt was a Partner at Adams Street Partners, where over nine and a half years, he worked on advanced analytics, portfolio construction, investor relations, research, due diligence, risk modeling, and proprietary software for all aspects of private market portfolios.

Matt joined Spur for its strength of reputation, thoughtful and bold decision-making, and outperformance for investors. He has a BA from Westminster College and lives in Tulsa with his wife Stephanie and three children. 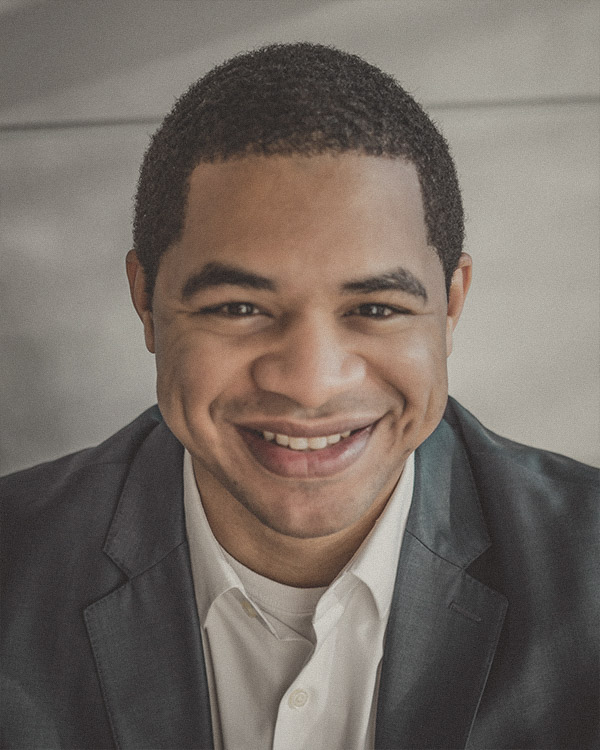 Prior to i2E, Kevin was a Bank Examiner at the Federal Reserve Bank of Kansas City and an Investment Advisor for Northwestern Mutual and Morgan Stanley Smith Barney. In these positions, Kevin held responsibilities for constructing investment portfolios, analyzing financials, structuring capital raises, and assessing regulatory standards.

Kevin holds a BS in Civil Engineering from Oklahoma State University and an MBA from the University of Central Oklahoma. He is a Governor appointed, Board of Trustees member of the Oklahoma Teacher's​ Retirement System Pension Fund, a $16+ billion fund. As a member of the Investment Committee, Kevin assists with setting investment policy, fund asset allocation, and select investment managers.

For the past seven years, Kevin has lived in Oklahoma City with his wife, Rachel; two kids, Isaac and Taylor; and dog, Bo. 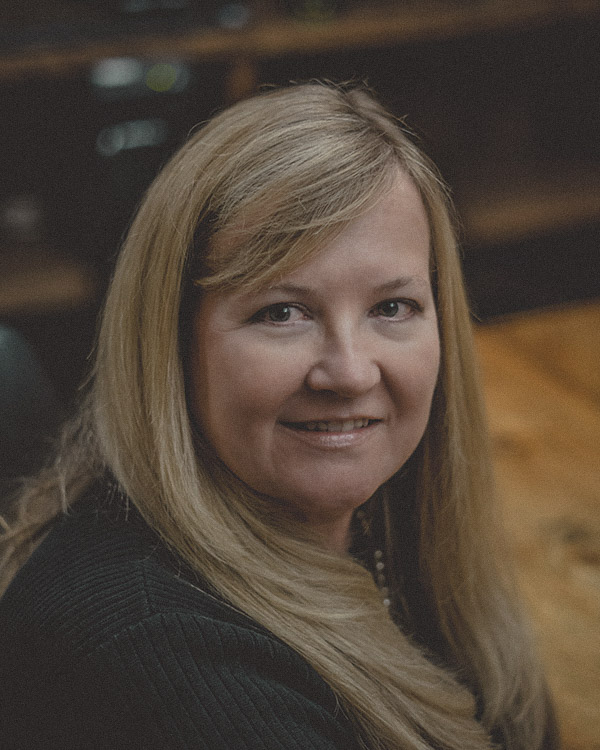 Aletha holds a Bachelors of Science from University Center Tulsa and an MBA from Oklahoma Wesleyan. Prior to Spur, Aletha worked at Knightsbridge Advisers for 10 years with the Spur founding members.

Aletha has a daughter and son, and lives in Bartlesville with her husband, nine horses, five dogs, and too many cats. 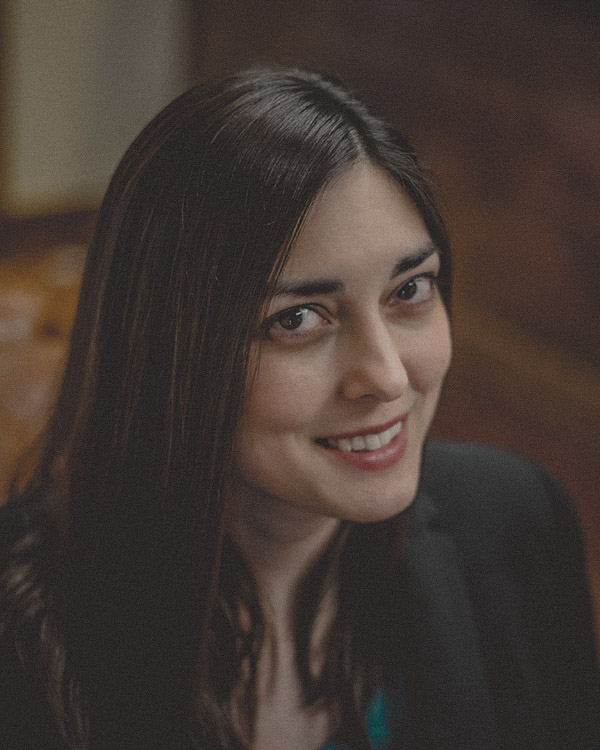 Cassie has been with Spur since 2008 as a receptionist, attending to clients and back office needs in a timely and professional manner. She lives in Bartlesville and enjoys reading and running. 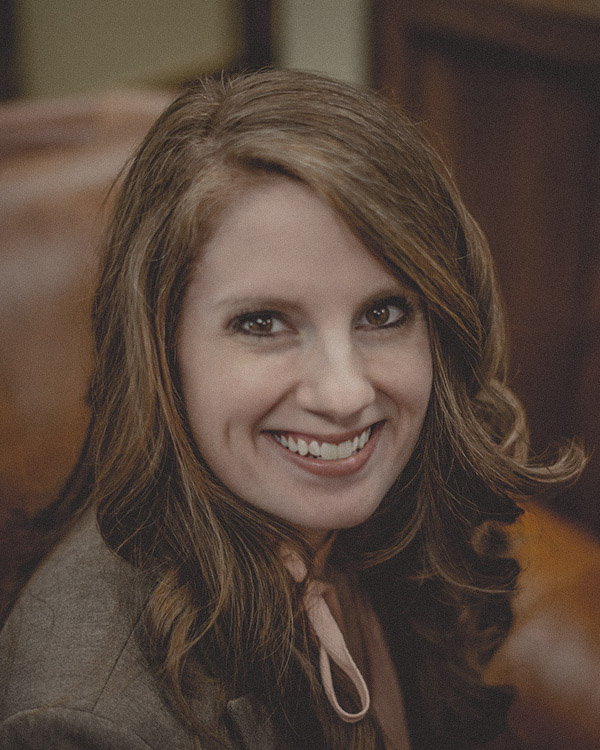 Brooke has a degree in Business from Oklahoma Wesleyan University. She spent six years at ConocoPhillips/Phillips 66 in the Treasury Services department and two years working in the accounting department of a nonprofit residential girls home in Nashville.

Now at Spur, Brooke excels in the problem-solving side of finance. She lives in Bartlesville.